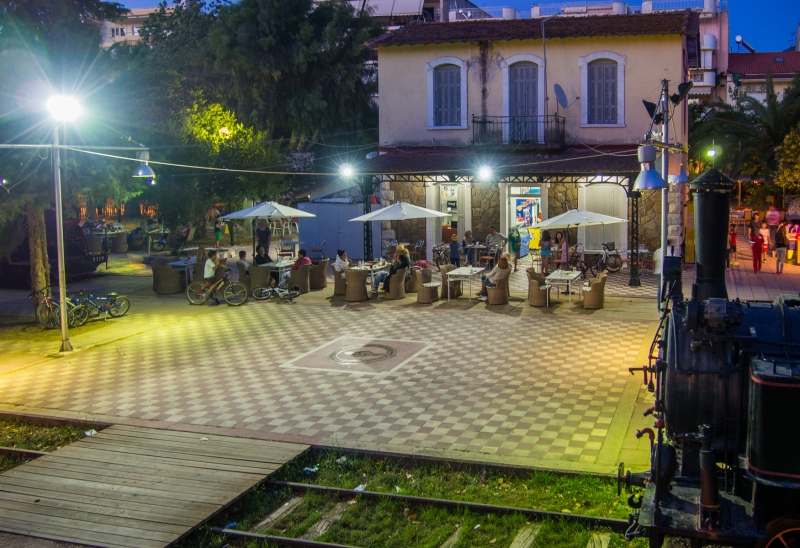 The old train station of Kalamata (Peloponnese, Greece) has been redecorated and is being used as a park for the public. Until the year of 2010 regular traffic was available, but due to the crisis, the train schedule was terminated in that year. But still rail enthusiasts can have a great time visiting this place of Greek railway history. The old station building, made of stone in a typical Greek station building architecture, is being used as a cafe. While the children are playing in, around and on the trains, the parents can have a drink at the terrace of the station building. Some of the railroad engines (especially the steam engines) are still accessible to public, so you can have a look into Greek railway history. When looking through the windows of some waggons, you can see, that some of them still are being used for having a drink, even if the waggons seem to be closed. From a footbridge over the tracks you have a nice view over some trains and the station building. 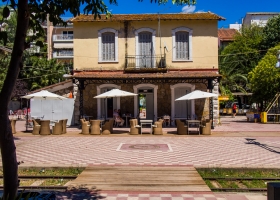 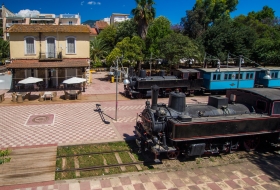 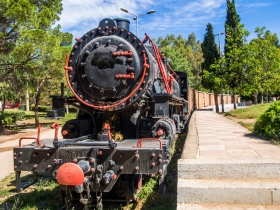 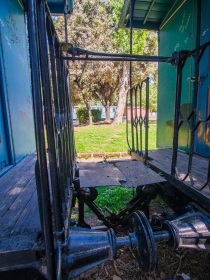 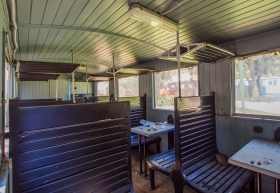 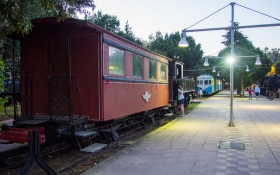 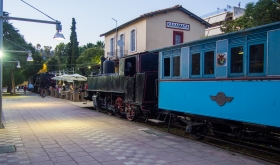 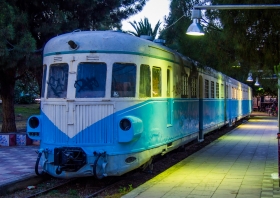 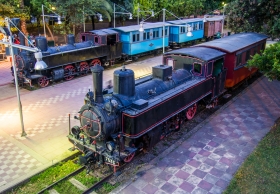 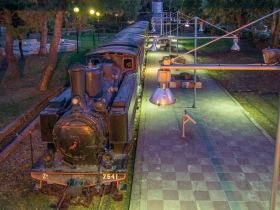 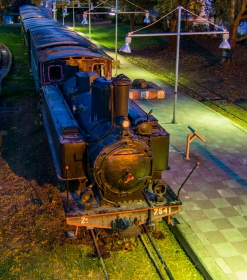 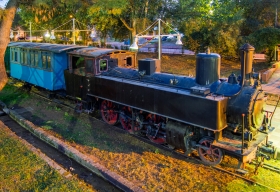 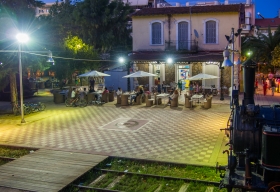 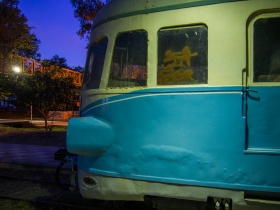 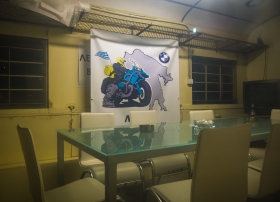 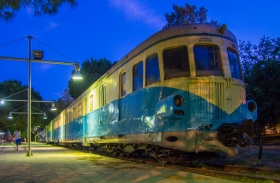 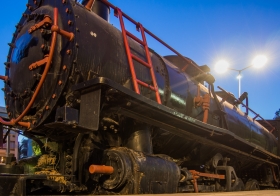 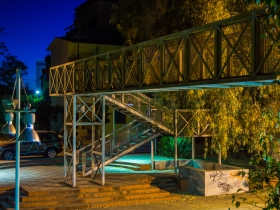 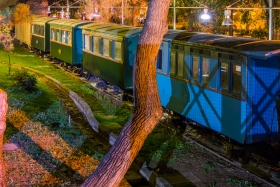 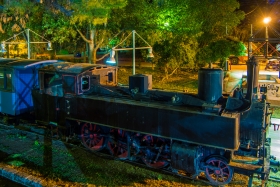 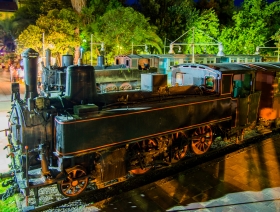