The very imposing Forum Romanum in Rome, Italy, during twilight as a panoramic picture. I’ve taken this picture in the year 2010, when the Forum Romanum wasn’t illuminated at night, so most of the light is the last natural light of that day. 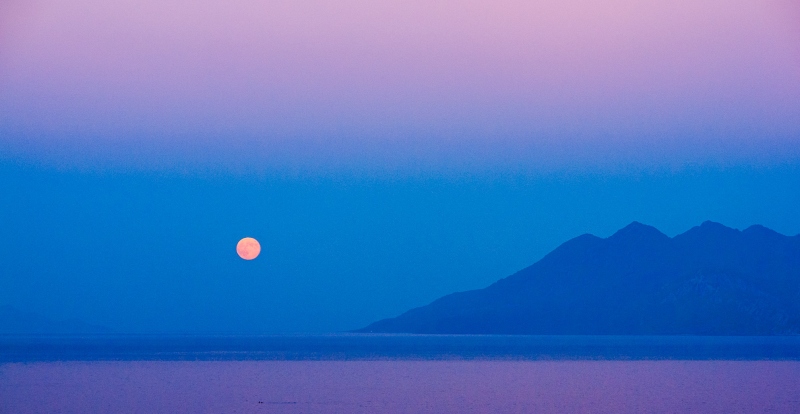 From Palea Epidauros (here seen from Hotel Yialasi, Panagia), there is a great view to Methana, a volcanic peninsula connected to the Peloponnese. If it is full moon and the moon rises during twilight, it gives a very moody view. 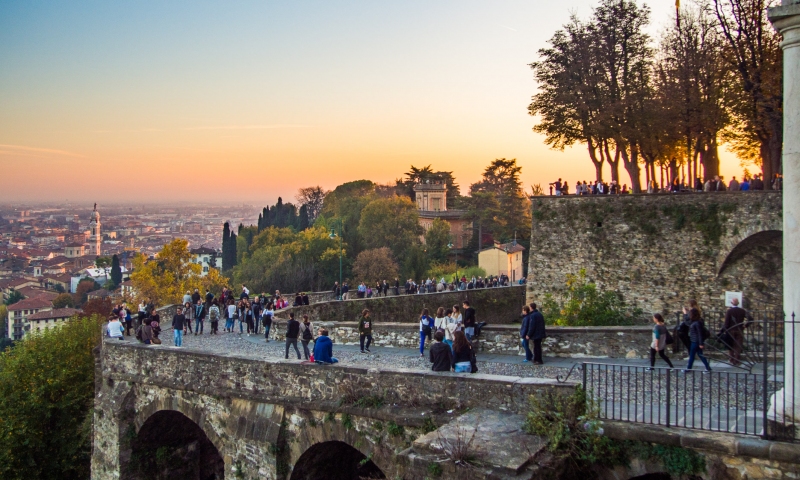 This stone bridge is the Via Sant’Alessandro in Bergamo, near the Porta San Giacomo, seen from the city wall around the Citta Alta during the golden hour.

To the Bergamo Gallery 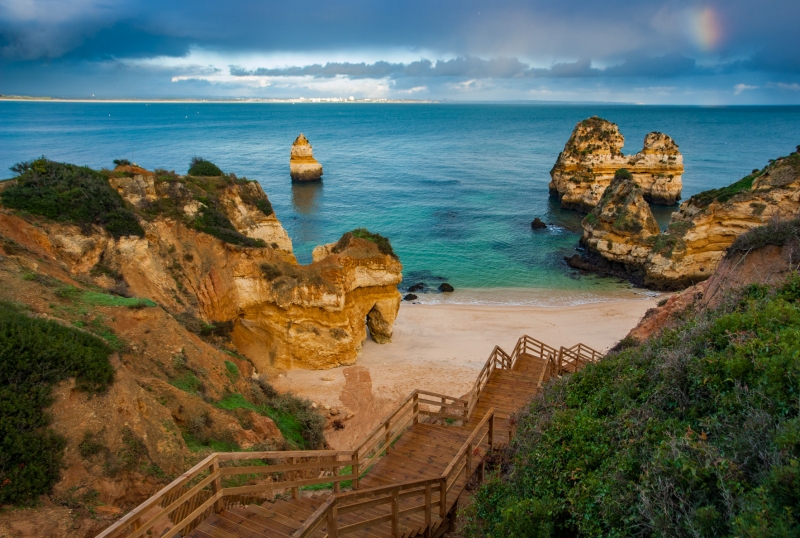 This beautiful sandy beach at the Algarve, Portugal, is situated near Lagos. The beach is called Praia do Camilo and is quite picturesque. The rock formations are made of sandstone. This picture was taken during the golden hour with rather changeable weather, resulting in a nice warm picture with even a part of a rainbow still visible.

More pictures taken at the Algarve 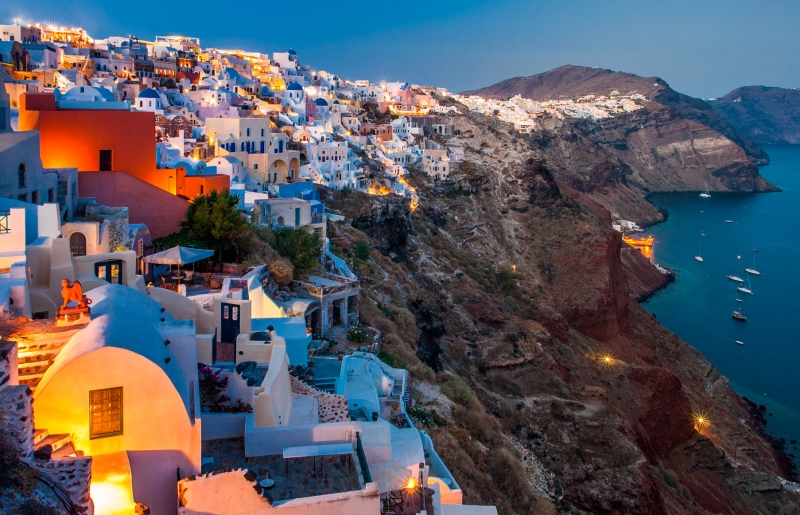 At Oia in the northern part of the Island Santorini, you can perfectly enjoy the sunset. But even after the sunset you have a splendid view on large parts of this great island of volcanic origin. In the foreground lies Oia and along the caldera many other small villages follow, all with a nice view over the Aegean Sea. The illumination, combined with the last natural light in the evening give this picture a special atmosphere.

To the Santorini Gallery